Over a hundred years ago the LYR electrified some of its suburban lines in Liverpool and (later) Manchester to serve the growing housing developments and to counter increasing tramway competition. The aim was to provide better and faster services than the existing steam trains.

This was so successful that by 1921 one sixth of all passenger traffic on the LYR used electric trains, and interestingly, the greater part of these suburban systems still operate today as electric railways or tramways. 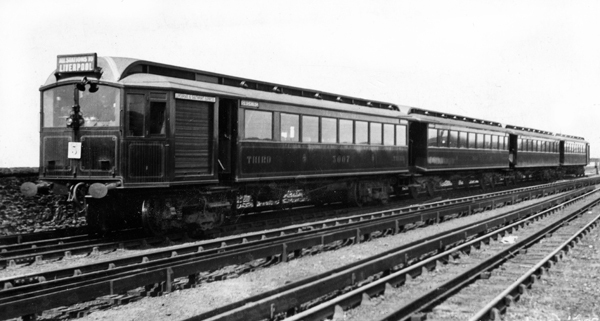 It took 12 months to electrify the 23 miles of double track from Liverpool to Southport and Crossens, an area to the north of Southport. A powerhouse was built at Formby and was supplemented along the line by three sub-stations and four battery stations. Power at 600 volts dc was supplied to the trains via a live third rail.

The original cars were 60’ long and 10’ wide. Motor trucks were fitted with two 150 hp motors, giving 600 hp per motor car. Braking was by vacuum (to keep them compatible with steam stock) with special reservoirs to give rapid braking release.

Extensions of the initial system to places such as Aintree meant more new stock was needed. New trailer thirds which were 63’ long by 10’ wide and seated 103 passengers. All the stock on the Liverpool – Southport lines was wooden bodied on steel underframes.

A connection to the Liverpool Overhead Railway was opened in1905/6 using specially built lightweight cars. In 1912 stores and workshops were built at Meols Cop, and by 1913 electric trains were running to Ormskirk. 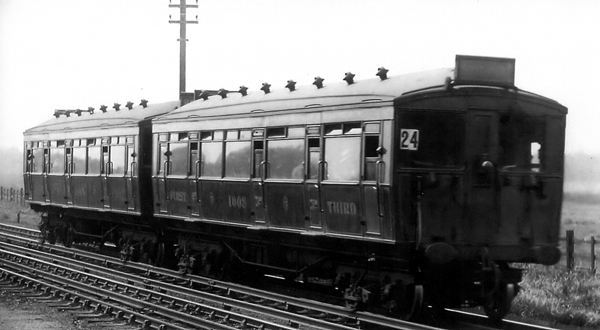 Dick, Kerr & Co. of Preston were developing an overhead high voltage system for an overseas customer and asked the LYR for permission to run trials on one of their lines. The LYR agreed to the use of the short branch from Bury to Holcombe Brook and the installation was carried out with all costs being met by Dick Kerr.

The system was powered by overhead transmission of 3500 volts dc with power taken from the local electricity supplier. Two trains each consisting of a motor car and trailer operated the service. Pantographs on the motor car supplied four 1750 volt 250hp motors. After three years service the equipment was sold to the LYR. In 1917 it was decided to change the system to third rail to bring it into line with the recently (1916) electrified Manchester – Bury service. The trains were not converted and after many years storage were used by the LMS for diesel railcar experiments. 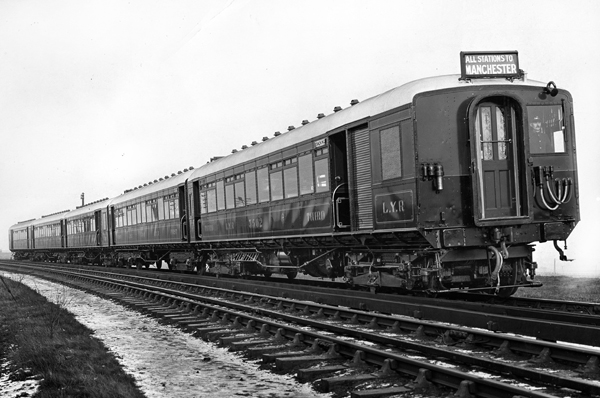 At the beginning of the 20th century suburban areas to the north of Manchester were developing rapidly, and the 1879 direct line to Bury was an obvious candidate for electrification. The chosen system was third rail but at a higher voltage than that of the Liverpool lines, namely 1200 volts dc.

The Bury line was a true commuter route with 40% of up journeys made on only seven trains between 8am and 9am. As in Liverpool the new service won back passengers from the trams as well as creating new business.

The power station, some miles away at Clifton Junction, had good access to coal and water. Because of the high voltage, the third rail was partially encased in Jarrah wood.

With their steel frames and aluminium panelling these sets were probably the first true all metal stock built anywhere in the world. They were 67’ 7” long and 9’ 4” wide, electrically lit and heated; they had recessed angled access doors and were painted in the standard L&Y passenger livery with large lettering and numerals. 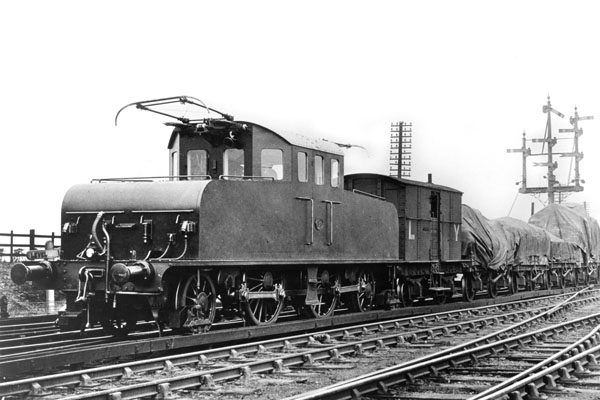 The L&Y built two electric locomotives. The first, No.1, was built on the frames of an Aspinall 2-4-2T. It had a jack shaft drive from its 600 volt motors and could collect current from either overhead wires or top contact third rail. Sections of the line around the Aintree area were equipped with overhead wires and it used these or third rail as appropriate. It was withdrawn around 1919.

No.2 was a 4-wheel battery powered steeple cab design for shunting wagons at Clifton Junction power station. It survived until 1947. 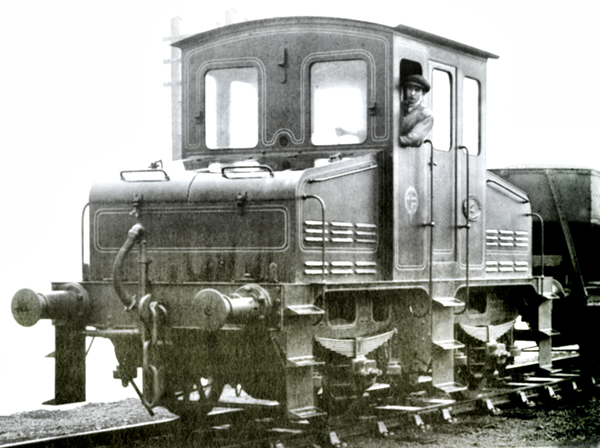 The Manchester to Bury electrification was meant to be the start of a widespread electrification of suburban lines from Manchester Victoria until the Great War halted progress. The L&Y Board resurrected the project in 1919 but the Grouping of railways in 1923 killed it stone dead. It is only in the 21st century with the development of the Northern Hub and Metrolink tram system that places like Stalybridge, Ashton, Oldham and Rochdale have benefited from electric traction.